To share your memory on the wall of Bobby Seagraves, sign in using one of the following options:

Print
Mr. Bobby Ray Seagraves, 68, of Rockwell, passed away on March 1, 2021 at Atrium Cabarrus with family by his side.

The family will receive friends on Friday from 6 to 8pm at Wilkinson Funeral Home. The funeral will be held on Saturday... Read More
Mr. Bobby Ray Seagraves, 68, of Rockwell, passed away on March 1, 2021 at Atrium Cabarrus with family by his side.

The funeral service will be live streamed on the Wilkinson Funeral Home Facebook page.

Bob was a beloved husband of fifty years, father to four wonderful boys, and a friend that anyone would love to have. Bob cherished his family more than life itself. He enjoyed cooking barbeque, farming, and loved to make people laugh. Bob loved to ride his Kubota around the farm, and he loved his dogs Sissy and Sally. Bob was also well known for his ability to predict the weather and keep everyone informed of the latest local news. He never met a stranger and quickly made new friends. He was a brick mason from the time he got out of high school until he retired with his son’s at Seagraves Masonry.
Read Less

To send flowers to the family or plant a tree in memory of Bobby Ray Seagraves, please visit our Heartfelt Sympathies Store.

Receive notifications about information and event scheduling for Bobby

We encourage you to share your most beloved memories of Bobby here, so that the family and other loved ones can always see it. You can upload cherished photographs, or share your favorite stories, and can even comment on those shared by others.

Your Friends at United Rentals, The Community Church of Mount Pleasant, and other have sent flowers to the family of Bobby Ray Seagraves.
Show you care by sending flowers

Posted Mar 07, 2021 at 11:09am
Bobby was a sweet man he was a customer who became a friend and made me laugh all the time he will be missed by the cashiers at Steve's corner store
Comment Share
Share via:
YR

Your Friends at United Rentals

Posted Mar 05, 2021 at 10:58pm
Our thoughts and prayers are with the Seagraves family and friends!

Your Friends at United Rentals purchased flowers for the family of Bobby Seagraves. Send Flowers

The Community Church of Mount Pleasant

Posted Mar 05, 2021 at 12:22pm
Our deepest condolences and fervent prayers are with the Seagraves family.

The Community Church of Mount Pleasant purchased flowers for the family of Bobby Seagraves. Send Flowers

Posted Mar 05, 2021 at 12:08pm
Bob will be sorely missed. He could always make you laugh. To the Seagraves family, you will be in our thoughts and prayers.
Chris, MeLissa, & Mila Allmon
Comment Share
Share via:
CP 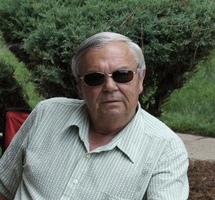