To share your memory on the wall of Donald Wittek, sign in using one of the following options:

Print
Donald W. Wittek died December 30, 2020. He was born in West Seneca, NY on January 8, 1929 to William Wittek and Helen (Henshaw) Wittek. He is predeceased by his wife of 68 years, Margaret (Mullenhoff) Wittek.

After attending West Senec... Read More
Donald W. Wittek died December 30, 2020. He was born in West Seneca, NY on January 8, 1929 to William Wittek and Helen (Henshaw) Wittek. He is predeceased by his wife of 68 years, Margaret (Mullenhoff) Wittek.

After attending West Seneca schools, Don served as a Corporal in the U.S. Air Force Firefighter Crash Rescue Unit at Carswell Air Force Base in Fort Worth, TX. In 1952 he began work at Cornell Aeronautical Laboratory in Buffalo where he was active in the emerging fields of computerization and data processing. He subsequently moved to Garlock Packing Company in Newark, NY where he managed the Systems and Data Processing Department.

After years in the administrative data processing field, Don was ready for a change so he and Margaret purchased the Cranberry Lake General Store in the Adirondack Mts. of NY. His days of computerized punch cards were replaced with the tasks necessary to run a four-season general store in a small rural town. During this time in the Northwoods, Don also helped coordinate the computerized results system for the 1980 Winter Olympics in Lake Placid.

He resumed his management career by becoming facilities manager for First Data Corp. and American Express in Charlotte, NC where he ultimately settled into retirement.

Don and Margaret traveled extensively across the U.S. and did a bit of world traveling as well, following various family members for visits to Australia, Tasmania, and Colombia, South America. Family vacations were annual tent-camping excursions; favorite destinations included Hermit Island, ME and Edisto Beach, SC. He had an eye for the ponies and a 3/8 perfecta with Julie Krone on a grey horse was one of his favorite bets.

Don was an enthusiastic card player who expected his pinochle or euchre partner to count the tricks and to always know how many trump were still out. Who can forget the sound of his hand slap on the table and a call to “deal the cards!” during late night poker extravaganzas? As the father of seven he naturally assumed the role of troop leader, sports and games coordinator, and snipe hunt director. He would often show up in some crazy outfit to lead the fun. His greatest joy, though, was seeing his large extended family together, typically engaged in some sort of shenanigans. This focus on the importance of family is his greatest legacy.

In lieu of flowers, donations in his name may be made to Hospice and Palliative Care of Cabarrus County, 5003 Hospice Lane, Kannapolis, NC 28081, 704-935-9434. Their care and compassion are beyond words.
Read Less

To send flowers to the family or plant a tree in memory of Donald William Wittek, please visit our Heartfelt Sympathies Store.

Receive notifications about information and event scheduling for Donald

There are no events scheduled. You can still show your support by sending flowers directly to the family, or planting a memorial tree in memory of Donald William Wittek.
Visit the Heartfelt Sympathies Store

We encourage you to share your most beloved memories of Donald here, so that the family and other loved ones can always see it. You can upload cherished photographs, or share your favorite stories, and can even comment on those shared by others. 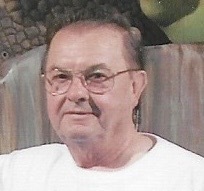