To share your memory on the wall of Buddy Deal, sign in using one of the following options:

Having a few different career paths as a young man, Buddy ultimately found his strengths and passion were best suited working as a general contractor, becoming the “go-to guy” in his specialty. While work was a huge priority, his true purpose was his family. Growing up in Buddy's household was never dull and no guest ever left hungry. Buddy was also a firm keeper of traditions and always one to celebrate special occasions. He lovingly wrapped presents in newspaper comics for birthdays, hid eggs with cryptic rhymes for Easter, and drove up to the NC mountains after Thanksgiving each year to chop down a “real” Christmas tree. During their formative years, Buddy made sure that his sons’ lives were mentally and morally enriched by the same life-lessons he had learned on the football field and spending his summers working at Camp Spencer. Football remained a deep passion throughout his life, and Buddy never missed an opportunity to give his boisterous opinion at every Concord High, South Carolina and Appalachian State football game. His only regret is that they didn’t listen to him more.

Left with a wealth of love and memories are his two sons and families; Lee and Marie Deal of Concord and Drew and Emily Deal of Nashville, TN. He relished his role as Pappy to Silas “Big Si” and Annabelle “Annabelly” Deal and we have no doubt he will be keeping an eye on their shag technique. Buddy is also survived by his longtime companion, Rosemary Goodman whom he loved dearly.

To honor his memory please remember Buddy fondly the next time you’re decorating a Christmas tree, cheering the Spiders on to V-I-C-T-O-R-Y, or soaking up the sun at the beach with those you love. In lieu of flowers, please send donations to: the Boys & Girls Club of Cabarrus County, PO Box 1405, Concord, NC 28026.

A funeral service will be held on Thursday, October 29, at the Wilkinson Funeral Home, 100 Branchview Dr NE. If you would like to stop by and say hello to the family, a visitation will begin at 10:30am, followed by a celebration of his life at 12:00pm in the Chapel. Buddy will be laid to rest with full military honors alongside his parents at Green Lawn Cemetery in China Grove, NC after the service.

If you have a story of Buddy to share, we'd love to hear them all. To share a memory or send a condolence to his family please visit www.wilkinsonfuneralhome.com.

To send flowers to the family or plant a tree in memory of Buddy Deal, please visit our Heartfelt Sympathies Store.

Receive notifications about information and event scheduling for Buddy Deal

We encourage you to share your most beloved memories of Buddy Deal here, so that the family and other loved ones can always see it. You can upload cherished photographs, or share your favorite stories, and can even comment on those shared by others.

Your Concord girls, John and Cindy Hudson, and other have sent flowers to the family of Buddy Deal.
Show you care by sending flowers

Posted Oct 28, 2020 at 07:55pm
CONCORD HAS LOST A LOYAL SON WHO ADDED FUN TO EVERY OCCASSION. i WAS IN HIGH SCHOOL WITH HIM; HE WORE LOAFERS WITHOUT SOCKS. THE BETTER TO SHAG. His constant friend was the late Dale Readling who tragically died in a home accident. Buddy wore his letter jacket at every opportuniity. His mother would regale clients at Dr. HARRELL'S DENTAL OFFICE WITH BUDDY'S ANTICS. SHE SPOILED HIM SO. HE SPREAD JOY. Rosemary told me he could make a trip to a video store halarious
I am so glad they had years together. To his sons, your FATHER WAS AN ORIGINAL AND SO PROUD OF YOU BOTH. wITH SINCERE SYMPATHY, MARY IRVIN PLUMMER JOE AND wADE ALSO EXTEND THEIR SYMPATHIES.
Comment Share
Share via:
YG

Your Concord girls purchased flowers for the family of Buddy Deal. Send Flowers

Posted Oct 27, 2020 at 08:36pm
Lee, Drew, and Family,
Our hearts are so heavy for you all. Your Dad was a great man and will always hold a special place in our hearts. May you find peace and comfort in the days and weeks ahead. We will continue to lift you all up in prayer. Terry, Judy, and Family
Comment Share
Share via:
JH

John and Cindy Hudson purchased flowers and planted a memorial tree for the family of Buddy Deal. Send Flowers

Posted Oct 27, 2020 at 03:20pm
When I was little Buddy used to babysit me and brother and sister. I used to love when he would watch us- he was so much fun. He was like an older brother to us. Our family spent many Thanksgiving and Christmas Eves with Buddy and parents (Maw and Pappy). He was always so full of life and got so much joy out of life. I will always remember him with fond memories.
Comment Share
Share via: 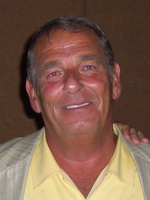