To share your memory on the wall of Snowball, sign in using one of the following options:

Howard was born September 11, 1947 in Cabarrus county, a son of the late John M. and Edna Maxwell Rhodes.

Howard was born September 11, 1947 in Cabarrus county, a son of the late John M. and Edna Maxwell Rhodes.

Howard, as he was known to many, along with “Snowball”, “Pee Wee” and “Whitey”, was a 1966 graduate of Concord High School and was the Co-captain of the football team in 1965. He was a true “Concord Spider”, who supported the team over many years. He was also a middle school football coach and was involved in coaching at the Boys and Girls Club, as well as the Hartsell Athletic program. He touched the lives of a lot of children during this time. After retiring from Sears, he worked for the Cabarrus county schools as a bus driver. Howard was truly a wonderful husband, father, grandfather, brother and friend who will be dearly missed beyond measure. He was an all-around good guy, who lived life to the fullest.

In lieu of flowers, memorials may be made to Piedmont Animal Rescue, 225 E Waterlynn Road, Mooresville, NC 28117 or to the Boys and Girls Club of Cabarrus County, 247 Spring St NW, Concord, NC 28025.

Wilkinson Funeral Home. Continue to keep his family in your prayers during this difficult time.
Read Less

To send flowers to the family or plant a tree in memory of Snowball, please visit our Heartfelt Sympathies Store.

Receive notifications about information and event scheduling for Snowball

There are no events scheduled. You can still show your support by sending flowers directly to the family, or planting a memorial tree in memory of Snowball.
Visit the Heartfelt Sympathies Store

We encourage you to share your most beloved memories of Snowball here, so that the family and other loved ones can always see it. You can upload cherished photographs, or share your favorite stories, and can even comment on those shared by others.

The Christy Family, Alex, Meredith, Kacy & Cole sent flowers to the family of Snowball.
Show you care by sending flowers

Posted Nov 22, 2020 at 08:24am
Brother, may each new leaf represent my love for you. May these trees grow and blossom in your memory, and stand in tribute of a life well lived.

3 trees were planted in the memory of Snowball

Your friends, Nicki, Patricia and Massimo

3 trees were planted in the memory of Snowball

Posted Nov 24, 2020 at 08:53pm
I'm so sorry to hear about Whitey passing away. Thoughts and prayers for you and your family.
Comment Share
Share via:
TC

Posted Nov 23, 2020 at 06:29pm
Sending our condolences and deepest sympathy. Continually praying for you and your family through this time.

Posted Nov 23, 2020 at 04:40pm
Whitey was a long time friend of mine. He was a great guy and will truly be missed. Prayers for the Family.
Claude Dill
Comment Share
Share via: 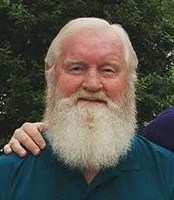