To share your memory on the wall of James \"Stan\" Northrup, sign in using one of the following options:

At Chapel Hill, Stan met a beautiful coed on November 11, 1948 while sitting at Y Court. When he took her hand in greeting he held on a long time, and it turned out to be forever. He married Judy in 1951 and they spent 72 years together. Judy died six months ago, so now they are reunited.

Stan joined the U.S. Marine Corps reserve in 1947 and was commissioned as a 2nd Lt. in 1951. He spent 23 months as a Marine, attaining the rank of Captain. Once a Marine, always a Marine and Stan was proud of his service in the Corps.
Stan spent most of his career in the motor freight business in sales. He worked 23 years at Akers Motor Lines rising to VP of National Accounts. He joined Yellow Freight System and was promoted to Manager-National accounts (Southeast US). Stan retired in 1993 and loved having much more time for his lifelong pursuit of golf. He volunteered for many years at Presbyterian Hospital in the Recovery Room of Inpatient Surgery. His outgoing personality and jokes made him a favorite of the hospital staff and the patients. He was a lifetime member of the UNC Alumni Association, a member of the Myers Park United Methodist Church and a former member of Carmel Country Club.

Stan was a joy to all who knew him. He was fun and enjoyed life. He was at his best telling great stories at family gatherings for the pleasure of all. Although he declined in his last few years as a result of dementia, he loved to make everyone laugh. As one of his caregivers said, “his body is failing, but he still has that sweet spirit”.
His family thanks his hospice nurse Melanie, and all his caregivers especially Vernona and Susan in Cedar Ridge at Plantation Estates for their loving care of Stan.

In Stan’s memory, make someone laugh today, tell a great story and just enjoy life. When it is safe to do so, a family graveside service will be held in Concord at Oakwood Cemetery.

To send flowers to the family or plant a tree in memory of James "Stan" Stanton Northrup Jr., please visit our Heartfelt Sympathies Store.

Receive notifications about information and event scheduling for James "Stan"

There are no events scheduled. You can still show your support by sending flowers directly to the family, or planting a memorial tree in memory of James "Stan" Stanton Northrup Jr..
Visit the Heartfelt Sympathies Store

We encourage you to share your most beloved memories of James "Stan" here, so that the family and other loved ones can always see it. You can upload cherished photographs, or share your favorite stories, and can even comment on those shared by others. 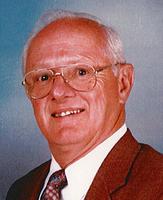