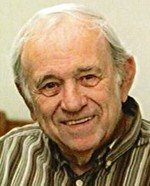 Johnny was born on January 22, 1943 in Cabarrus Co. to the late Gertrude Whittington Hinson and Rubin Lawson Hinson, Sr. She is also preceded in death by her brother, Jerry Lawson Hinson.

Johnny attended Hartsell High School and worked for many years as a slasher/tender at Cannon Mills. He enjoyed long drives in the country, singing and praising our Lord. He was into talking with people on-line, having friends all over the world he kept in touch with. His granddaughter and great-granddaughter were his pride and joy, spending as much time with them as possible.