To share your memory on the wall of Kenneth Craig, sign in using one of the following options:

Print
Reverend Kenneth P. Craig of Huntersville, passed away Sunday, November 15, 2020 at Novant Huntersville.
A memorial service will be held at a later date.

Ken was born September 12, 1929 in Laurens County, SC to the late Edgar Drenn... Read More
Reverend Kenneth P. Craig of Huntersville, passed away Sunday, November 15, 2020 at Novant Huntersville.
A memorial service will be held at a later date.

Ken was born September 12, 1929 in Laurens County, SC to the late Edgar Drennan Craig and Sara Patterson Craig. He was raised in Gastonia. Ken was also preceded in death by his wife of 67 years, Nancy Drum Craig, and three brothers. He was educated at Davidson College and Columbia Seminary, and entered the ministry in 1954. He served churches in Mississippi and in the Atlanta area, before coming to Mallard Creek Presbyterian Church. There, he served for 28 years before becoming Pastor Emeritus. Ken then went to First Presbyterian Church Concord to serve as Parish Associate for 18 years, and later returned to Mallard Creek to serve in the same capacity until his death.

To send flowers to the family or plant a tree in memory of Kenneth Palmer Craig, please visit our Heartfelt Sympathies Store.

Receive notifications about information and event scheduling for Kenneth

Print
Will be held at a later date

We encourage you to share your most beloved memories of Kenneth here, so that the family and other loved ones can always see it. You can upload cherished photographs, or share your favorite stories, and can even comment on those shared by others.

Posted Jan 02, 2021 at 11:44pm
Beth and Family,
Our love, comfort and peace are with you. Your Dad and Mother were dear friends of my parents.
Rev. Craig married my brother and his wife years ago, and he preached my Fathers funeral.
He was devoted to Christ and his family and friends,
May the Lord bless and keep your family in His loving care.

Posted Nov 27, 2020 at 08:44pm
Ken was the most wonderful pastor I have ever known. He truly did the Lord’s will and loved and ministered to all . I consider him a Saint and a blessing to all who knew him. He truly cared for others.
Comment Share
Share via:

Posted Nov 20, 2020 at 10:04am
Mr. Craig was my my childhood pastor through my young adulthood at Mallard Creek Presbyterian. He embodies so much of my experience growing up at MCPC.
Mr. Craig preached many, many good sermons but one lesson that I remember so distinctly was a sermon in which he explained that God created us "in His image" (Genesis 1:27). Pastor Craig said that the ancient Egyptians erected monuments like sphinxes and statues with the face of the Pharaoh on them. Each new dynasty would destroy the art representation of the Pharaoh's face and fashion the new Pharaoh's face on the statue. In this way, the Egyptians would be reminded of whom they served.
We serve a God whose kingdom cannot be destroyed, so His image cannot be removed from our faces unless we remove it through our own rejection of God. Pastor Craig asked us, "Can others see the face of God when they look at you?" In other words, he challenged us to show the love of Christ every day and to remember that people are looking for God. They may see Him only through us.
I miss Mr. Craig's powerful lessons.
May God shine his face on Beth and her family and heal their sorrow in the days, weeks, and years ahead.
With sympathy,
Nicole Carter Arnold

Posted Nov 18, 2020 at 09:42am
Uncle Kenny was a good Uncle to me. He offered up the stability of God in our family. He is missed. May God give you peace, David, Beth and Danny. 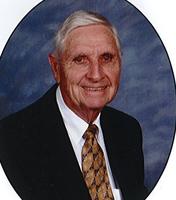