To share your memory on the wall of Linda Engstrom, sign in using one of the following options:

Mrs. Engstrom was born on October 13, 1938 in San Diego, California to Trubie Carlile Lusk and Florence Gary Lusk. As the child of a naval officer and the eldest of three children, she spent her childhood moving from coast to coast learning the values of hard work and grit while fostering a lifelong passion for learning. Devouring books, newspapers and magazines, she amassed a wealth of knowledge few could match. Before there was Wikipedia, there was Linda (aka “The Giant Brain” – a nickname she chose for herself).

She graduated from Norview High School in Norfolk, Virginia in 1956 and Duke University School of Nursing in 1960. Just after graduating from Duke, she met her future husband and soul-mate George Engstrom, a pediatric resident at Duke. Linda loved to tell this story of their initial meeting. While examining a patient, George asked Linda to assist with moving the child and in doing this, her nose was placed directly in his arm pit and it was love at first smell.
They were married in 1961, had their first child in 1962 and their second child in 1963.

The family settled in Concord, NC where they welcomed two additional daughters into the fold. Linda, to say the least, was not your typical southern lady. She had little use for keeping up appearances and took great pleasure in watching people’s reactions to her off-color politically incorrect dirty sarcastic wit. She also was not your typical mother. Having been raised a Navy brat with frugal depression-era parents, she raised her four daughters to understand the meaning of reduce, reuse, recycle before it was cool. This included shopping at Goodwill, collecting remnants of soap bars in old pantyhose to create homemade exfoliators, and coming up with 101 uses for old Tide scoops. She never threw anything away that could possibly have some future use and held firm to her belief that expiration dates on drugs and food were simply “guidelines”. Though we joke about her Tide scoops, Linda was also a gifted collector of antique toys, pottery, Russian enameled spoons, Cranberry glassware, bronze figurines, and much more. She reached her zenith as a collector when she appeared on Antiques Roadshow with her collection of little tin toy rooms which was featured in their “best of” series. https://www.pbs.org/video/appraisal-marx-lithograph-tin-toy-rooms-ijfbcf/

What Linda saved by being frugal she gladly spent on travel. She and George literally trotted the globe visiting such sights as Soviet Russia, England, Scotland, France, Germany, Switzerland, Egypt, Cameroon, Kenya, Tanzania, the Galapagos, and Australia.

Linda was very active in a wide range of local clubs and volunteer organizations which satisfied her inner need to give back to the community, her thirst for knowledge, her artistic bent and her need for camaraderie with like-minded nuts who came together to play bridge, read books, paint, and/or talk about gardening (and who regularly invited their other halves over for raucous holiday parties). In addition to partying, Linda and her friends provided much-needed service to the community. One such activity was updating the bulletin boards at their neighborhood elementary school during the time of school integration to ensure that all children were represented. As a Girl Scout troop leader, Linda also provided rides to girls that otherwise could not have participated. She and George were active in Historic Cabarrus which sought to stem the tide of demolition of historically significant buildings in and around Concord. While she did not regularly attend church, she studied and knew the Bible, loved God and knew God loved her.

She was a complex character who could make you love her one minute then walk away shaking your head the next. To the end she was fiercely independent and still sharp as a tack. As one of her recent caregivers stated “She was difficult but she was funny”.

She was loved and will be missed. A private family service will be held at a later date. The family asks that memorials be made to First Baptist Church of Concord, NC or to PBS.
Read Less

To send flowers to the family or plant a tree in memory of Linda Jane Engstrom (Lusk), please visit our Heartfelt Sympathies Store.

Receive notifications about information and event scheduling for Linda

There are no events scheduled. You can still show your support by sending flowers directly to the family, or planting a memorial tree in memory of Linda Jane Engstrom (Lusk).
Visit the Heartfelt Sympathies Store

We encourage you to share your most beloved memories of Linda here, so that the family and other loved ones can always see it. You can upload cherished photographs, or share your favorite stories, and can even comment on those shared by others.

Posted Jan 10, 2021 at 09:27pm
I was a new nurse back in the early 80s and worked with Linda some on the old unit 3g when it was a 50 bed unit. She had come back to work as an RN and was doing prn work. She always made me laugh. She helped me learn " old tried and true" nursing procedures and I helped her with as she put it these " new fangled gadgets". One of the funniest things she ever did was her whole nursing note for the day on a patients chart was happy birthday. That was it. She was one of a kind. I just saw this posting and I had to write a note to her family. I am so sorry for your loss.
Comment Share
Share via:
LT

Posted Jan 03, 2021 at 08:57pm
This is such a wonderful tribute to a truly fascinating woman. I am so very fortunate for the opportunity to get to know Mrs. Engstrom better over the past year and developed a real admiration for her wit, her sarcasm, her intelligence and her snark!! She was quite the lady and I will miss her so very much. I'm thinking of you all and praying you find comfort in the love your mother had for you and her beloved husband, George.
Comment Share
Share via:
JC

Posted Jan 03, 2021 at 03:06pm
George and family,
So sorry to hear of Linda's passing. She was a delightful person and will be missed. I have many good memories of working with you and Linda in Master Gardeners - also the parties you two hosted for us. The door prize of the antique Electrolux vacuum was always quite a hit. Take care and know that you will be in my thoughts and prayers. Sincerely, Jean Crabill
Comment Share
Share via:
FP

Posted Jan 02, 2021 at 10:12pm
Was my next-door neighbor for 19 years. She And George certainly are certainly among the most brilliant people I have ever had the pleasure of knowing . Linda was particularly quick witted. You never knew what she was going to say next. She was truly an intriguing person. I will miss her very much. Frank Plummer
Comment Share
Share via: 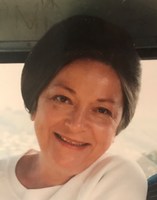