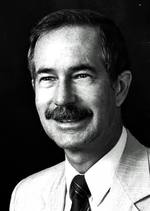 Mr. Philip E. Penninger, of Concord, passed away Friday, October 9, 2020, at the Gardens of Taylor Glen.

He was born August 1, 1934 in Cabarrus county, the only son of John Caldwell and Vivian Porter “Billie” Penninger. In addition to his parents, he was also preceded in death by his aunts, Pauline Porter Furr and Adele Porter Newman.
Philip attended Concord High School, making six varsity letters and receiving Honorable Mention to the 1951 N.C. All-State football squad. He graduated Most Popular and Best All Round, President of the senior class of 1952 and president of the National Honor society. Upon graduation, he was awarded the Rotary Good Citizenship Award and the Senior Scholastic Athlete Award.

While attending UNC Chapel Hill, Mr. Penninger majored in accounting, graduating Phi Beta Kappa. He was also a member of Phi Eta Sigma and Beta Gamma Sigma. He was awarded a scholarship from Peat, Marwick, Mitchell & Company and upon graduation went to work for a short stint with that firm before being drafted into the U.S. Army, serving in Germany with the 17th Signal Battalion.

Following his army service, Mr. Penninger returned to UNC-CH as a Ford Foundation Fellow, receiving a Master’s in Education. He taught briefly in Montgomery county, MD before entering the US State Dept. as a Foreign Service Officer. His nearly 30 year career with the Foreign Service, included overseas tours in Chile, Ecuador, Germany, Malta, Ethiopia and Mexico. While in Chile he became a licensed ham radio operator (CE3PR). On a Pearson assignment in the U.S., he served 3 years as an Advisor for International Issues on the staff of Governor Bob Graham of Florida. He received 3 Meritorious Awards during his U.S. State Dept. career, as well as a special Commendation from the Florida Chamber of Commerce. Following his retirement from the State Dept. in 1989, Philip shared his time between Florida, NC, Germany and Mexico.

A memorial service for Mr. Penninger will be held at a later date.