To share your memory on the wall of Ruby Blackwelder, sign in using one of the following options:

Print
Ruby Swisher Blackwelder of Concord was born on December 13, 1924 in Jane Lew, West Virginia. Her parents were Mae Hall Swisher and Edwin Clay Swisher. The family moved to Greensboro, North Carolina when she was two years old.

Ruby’s ... Read More
Ruby Swisher Blackwelder of Concord was born on December 13, 1924 in Jane Lew, West Virginia. Her parents were Mae Hall Swisher and Edwin Clay Swisher. The family moved to Greensboro, North Carolina when she was two years old.

Ruby distinguished herself as a teacher. She also coached several award winning debate teams. She met and fell in love with Dwight Blackwelder, another English teacher at Concord High. The two were married on August 8, 1954.

After giving birth to two boys and staying home with them for several years, Ruby went back to school at UNC Charlotte and received her Master’s Degree in Library Science. She managed four libraries over the years.

Ruby loved art and loved to create it. She enjoyed acrylics, but her favorite medium was clay. She developed a high level of skill, taking wheel thrown forms to the glazing and firing stages. She studied at Penland School of Crafts. After retiring, Ruby and Dwight opened up a frame shop, “The Greenwood Tree.”

She loved to travel. Ruby and her husband participated in several Road Scholar Programs, and once chaperoned a group of middle and high school students on a European study/travel experience.

Her faith was important to her, and she attended McGill Baptist Church in Concord for many years. She was also a faithful fan of the UNC Basketball Team.

Wilkinson Funeral Home is handling arrangements. A memorial service, via livestream access only, will be held Monday, July 27 at 11:00 am through the McGill Baptist Church Facebook Page and YouTube Page. The Rev. Dr. Steve Ayers will officiate. The family will have a private interment service at graveside.

To send flowers to the family or plant a tree in memory of Ruby Blackwelder, please visit our Heartfelt Sympathies Store.

Receive notifications about information and event scheduling for Ruby

We encourage you to share your most beloved memories of Ruby here, so that the family and other loved ones can always see it. You can upload cherished photographs, or share your favorite stories, and can even comment on those shared by others.

Posted Aug 03, 2020 at 04:45pm
I just learned of Ruby's death and my heart breaks knowing that she is no longer on earth to teach us all the important life lessons. Her legacy and her gift of passionate living and teaching will live on in the thousands who were touched by Ruby and by Dwight. She was one of the most influential role models in my life. I will forever hold her dear in my heart. To wine in Europe and punting on the Thames, Godspeed till we meet again. Chris Jarvis Reische
Comment Share
Share via:
JB

Posted Jul 26, 2020 at 11:31am
The Ruby Blackwelder Family.
I felt so honored to be working at the old middle school (former old Concord High School) where Ruby was the librarian. She was just a gem to everyone there. It was easy to see how much being around those books, card catalogs, students who checked out books and read them and then returned in good condition, students, teachers, and all staff people-----we all found a reason to just wonder through her library and speak or be seen by her. Dwight Blackwelder was my senior English teacher; I was in absolute awe of him and his ways and his intellect. I kept his required senior notebook for a few decades. In my senior yearbook, he wrote, "Relax, Jane." Guess he knew that he had that effect on his students. I love them both. I pass on my friendship and sympathy. Jane Belo
Comment Share
Share via:

Posted Jul 24, 2020 at 05:08pm
Ruby and Dwight Blackwelder were unofficial second parents to me when Joel and I were apartment/housemates back in the early 1980s. She deepened my appreciation for literature and I never heard her speak an unkind word. She has been released from her difficult struggle of the past few years but will live on in the hearts of so many Concord students who learned from her classes or her library stewardship. My deepest condolences to Joel, Stephen, and their families. Were we not living under the specter of this pandemic I would be there to personally offer my condolences, Joel. -- Michael Eury
Comment Share
Share via: 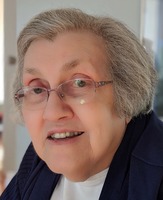