To share your memory on the wall of Gayle Smerznak, sign in using one of the following options:

A private burial will be held at Oakwood Cemetery in Concord, in... Read More
Dateline: Denton, NC

Gayle was born in Denton, NC, July 30, 1943. She was the daughter of the late Edd and Sara Belle Hester Daniel. She was also preceded in death by her brother, Larry Daniel.

Gayle was a graduate of Wake Forest Baptist School of Nursing, and for 40 years, she dedicated her life to nursing. She was an active member of the GAMMA XI Sorority, the Garden Maker’s Club, the High Rock Book Club, and the Davidson County Master Gardeners. She was also a member of Summerville Baptist Church Choir. Gayle was a loving partner to her husband, a devoted mother to her children and grandchildren, and she will be dearly missed by all whose lives she touched and is now with her Lord. God bless her soul. There are no perfect people, but Gayle was certainly close.

In lieu of flowers, memorials may be made to Hospice of Davidson County, 200 Hospice Way, Lexington, NC, 27292.
Read Less

To send flowers to the family or plant a tree in memory of Gayle Smerznak (Daniel), please visit our Heartfelt Sympathies Store.

Receive notifications about information and event scheduling for Gayle

There are no events scheduled. You can still show your support by sending flowers directly to the family, or planting a memorial tree in memory of Gayle Smerznak (Daniel).
Visit the Heartfelt Sympathies Store

We encourage you to share your most beloved memories of Gayle here, so that the family and other loved ones can always see it. You can upload cherished photographs, or share your favorite stories, and can even comment on those shared by others.

Posted Apr 12, 2020 at 12:55pm
Dear Johnny and famioy,
I recall my dad and mom had a steak dinner in honor of Gayle and you when the engagement was announced. Charlie Williams did the cooking. I thought Gayle was so lovely. The members of McKinnon always carefully inspected those who would marry one of their own. I am so glad you had a long happy marriage. I am thinking of you, Mary Anne Irvin
Comment Share
Share via:
JW

Joan, Will, and Jonathan Wright

Posted Apr 11, 2020 at 08:28am
Gayle was a very special person whom we loved dearly. You and the family have our heartfelt condolences.

Posted Apr 09, 2020 at 05:49pm
It is with great sadness that we learned of Gayle's passing. She was a gentle woman, always with a smile and kind words. A caring neighbor and friend.

Our thoughts and prayers are with John and all the Smerznak family. 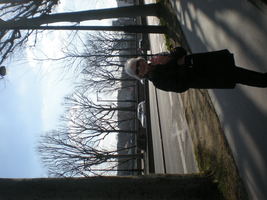 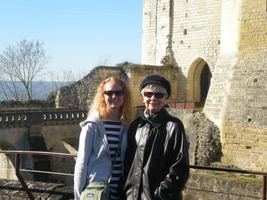 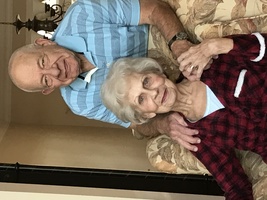