To share your memory on the wall of Horace Weaver, sign in using one of the following options:

Print
Horace Lee Weaver, 92, a true Southern gentleman, passed away peacefully with his family by his side on Sunday, April 25 2021. He was a man of faith and loyal servant of his Lord.

Horace was born July 18, 1928 in Cabarrus County, the so... Read More
Horace Lee Weaver, 92, a true Southern gentleman, passed away peacefully with his family by his side on Sunday, April 25 2021. He was a man of faith and loyal servant of his Lord.

Horace was born July 18, 1928 in Cabarrus County, the son of Leroy Adolphus and Ethel Elizabeth Bost Weaver. He had lost siblings Fred Weaver, Edward Weaver, Oscar Weaver, Roy Weaver, and Carol Weaver Stubbs. He was a devoted husband to his loving wife of sixty-one years, Louise Roberts Weaver, whom he lost just this past June.

Raised in the historic Coddle Creek Presbyterian Church, Horace was a US Army veteran, serving in Germany after WWII. He worked for Brown and Williamson Tobacco Company as a sales representative for thirty years until his retirement. He loved fishing and boating, gardening and home repair, and Holden Beach NC. A renowned cook, his specialties were chocolate meringue pie and Mamie Eisenhower fudge. The family joked that Louise never knew where the kitchen was in their house!

A longtime member of Central United Methodist Church, Horace sang in the church choir for years. Coming from a musically talented family, he had a wonderful tenor voice and played both the piano and organ by ear. Hum a tune that he had never heard and he could exquisitely play it back for you.

Horace was a true family man and a hands-on father: protective and nurturing. He sang his children to sleep at night, and when he became confined to his bed, they serenaded him! Horace unselfishly put his family above himself, always, and went above and beyond to ensure everyone was taken care of and unconditionally loved.

He is survived by his adoring children: Anne Weaver Tidwell (Danny), of China Grove, John Weaver of Kannapolis, and Alice Weaver (Joey) of Spartanburg, SC, and siblings Frances Weaver Hartsell and Barbara Weaver Fields of Kannapolis, and Howard Weaver of Harrisburg, as well as many loving nieces and nephews.

The family especially thanks his personal caregiver, Dawn Stirewalt, for the devotion and love she has displayed the last year and a half. She became part of the family and was a loyal and faithful servant to the man she called “Sir”.
The family would also like to show appreciation to staff Katie, Lisa Wendy, and Samantha for their excellent care-giving.

The Weaver children personally thank Dr. Mark Braun, MD, of Ardsley Internal Medicine for his dedication and persistence in the ongoing care for their father.

Graveside service will be Thursday April 29, 11:00, at Carolina Memorial Park with Pastor Carol Carkin officiating. The family will receive friends immediately afterward at the Bell Tower.

To send flowers to the family or plant a tree in memory of Horace Lee Weaver, please visit our Heartfelt Sympathies Store.

Receive notifications about information and event scheduling for Horace

We encourage you to share your most beloved memories of Horace here, so that the family and other loved ones can always see it. You can upload cherished photographs, or share your favorite stories, and can even comment on those shared by others.

Dearest Anne, John, Alice and families----I was so sorry to hear about Horace. He was such a good man. I remember him from when my father preached at Kerr St UMC. I always enjoyed seeing him and your Mother in the community. Love and prayers for each of you.---Louise Rock Gardner
Comment Share
Share via:
DG

Posted Apr 27, 2021 at 10:12pm
Ann, sweet lady, I am so sorry to hear about your dad. I didn't know about your mom either. I think of you often and pray for you.
You definitely took after your mom and your dad. Praying for comfort during this time. I will keep you and your family in my prayers. Love you sweetheart !! Dovie doviegood@aol.com
Comment Share
Share via: 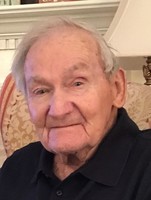 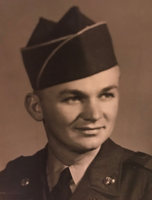