To share your memory on the wall of James Wiles, sign in using one of the following options:

A memorial service will be held at Bethel Wesleyan Church, 4036 Old Salisbury-Concord Rd, Kannapolis, NC. The family will receive friends at 2:00 pm, one hour pri... Read More
James Richard Wiles, 95, passed away on Monday, May 10, 2021 at his home.

A memorial service will be held at Bethel Wesleyan Church, 4036 Old Salisbury-Concord Rd, Kannapolis, NC. The family will receive friends at 2:00 pm, one hour prior to the service at 3:00 pm on Saturday, May 22nd, Rev. Joe Harding officiant.

James was born in Cabarrus County on May 27, 1925 to the late Richard Gordan and Weddie Lee Wiles. He was proceeded in death by four sons, David, Rick, James F. and Steve Wiles.

He was WWII Veteran of the U.S. Army; he was in the 79th Infantry Division Headquarters Company and served on a 57mm anti-tank gun crew. They landed at the Utah Beach in France a few days after D-day and saw considerable action, loosing several members of his platoon. They fought across France to the German border, along the way he was wounded and received the Purple Heart medal. At the most Eastern border of France and Germany he was captured in Dreusenheim and was a POW, held for 99 days. After the war ended, he was honorably discharged and returned home to Kannapolis where he married and raised a family. He worked for Cannon Mills as a brick mason until his retirement.

He enjoyed spending time with his family, farming, raising cows, and being outdoors.

To send flowers to the family or plant a tree in memory of James Richard Wiles, please visit our Heartfelt Sympathies Store.

Receive notifications about information and event scheduling for James

We encourage you to share your most beloved memories of James here, so that the family and other loved ones can always see it. You can upload cherished photographs, or share your favorite stories, and can even comment on those shared by others. 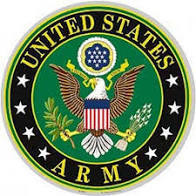