To share your memory on the wall of Bill Harris, sign in using one of the following options:

Born November 11, 1941 in Raeford, NC, Leon William Harris, known simply by his friends and family as “Bill”, passed from this life on October 1, 2020. Not all were aware that Bill had fought for over 11 years with cancer, which is a testament to his positivity and faith. Bill’s legacy is far more than just passing thru, but rather, a journey filled with passion and service to his community both large and small. For those whose lives he touched, he will always be endeared; remembering Bill with thanksgiving, for laughs, wisdom, faith, kind words, a gentleman; one who taught us that life is about living and giving.

Bill often spoke of the “love of his life”, Kay Novinger Harris, who preceded him in passing from this life in February of 2016. Their life together began in 1967 when Kay, enrolled in a summer school program in Hawaii, met young Bill while he served as a dental technician in the U.S. Navy. They married in 1969 and Bill then completed his studies to receive his Bachelor of Pharmacy from the University of North Carolina in 1971. Concord was blessed to have Bill and Kay make their home here for close to 50 years. Both together as a couple and in their own namesake they created a legacy of giving.

For many, though they may have never known his name (just his way), Bill was the “family” or “hometown” pharmacist. He practiced his art listening, smiling, giving, just making you feel better before you even took the prescription he filled. It was more than just a job; it was Bill’s way of touching lives around him. Whether at the national retail store, or the local stores he established, customers knew he cared; but, that is just Bill’s way wherever he happened to be. His impact on his customers was so profound that they would follow Bill wherever he was working. Many may not know that Bill received the Paragon Award from CVS, which is the highest National recognition given by CVS Health. Bill was not one to boast or strive for rewards, he just simply cared and wanted the best for everyone. Future pharmacist will have the opportunity to follow in Bill’s steps with the establishment of the Kay N. and L. William Harris Scholarship Fund at the University of North Carolina at Chapel Hill School of Pharmacy established by Bill for those wanting to pursue his passion in pharmacy. A display of the scholarship application will be set up at the Harrisburg Hometown Pharmacy.

Bill’s legacy, as many know, was far more than just his job as the family pharmacist. Bill was raised a Master Mason March 8th, 1979 with the Allen-Graham Lodge. He was Master of the Lodge in 1984 and had been Tyler for the lodge since 2010. Bill then earned the designation of "Tyler of Distinction" during his time as Tyler. Bill was also a proud member of Oasis Shriner's where he was an Ambassador and was also a member of the Cabarrus Shrine Club where he was Past President. The passion Bill had for his community didn't stop there as he was a member of Kappa Psi Fraternity at Chapel Hill, a Member and volunteer at All Saints Episcopal Church, a die-hard Rams Club member, a member of the local American Legion, a Rotarian, patron of The Cabarrus Arts Council, Salvation Army and the list goes on. As if this was not enough, Bill also gave of his time and resources to the Community Free Clinic and Hospice. Seems like a lot for one man, but Bill was no ordinary man. He understood that the purpose of his life journey was to be a Giver. With that he lived his journey to the fullest; not for accolades, but for the shear joy of sowing seeds of kindness; expressing life as a gift and embracing all. Whether it was tailgating at the UNC/Duke game, hanging out with his fraternity brothers, sharing time with a group called Romeos, listening to beach and New Orleans Jazz on his back porch with friends, shagging at S.O.S events and anywhere else he could, or hanging out with his backyard flowers, Bill was always embracing life.

In his presence, whether by the stories he told, or just his jovial, gentle, demeanor; one always walked away feeling better about themselves from just being with Bill. Both women and men refer to Bill as a true gentleman; even reminding his buddies that they needed to be a gentleman as well. Living, giving, smiling non-stop, a person of character and strength. Bill leaves us all a reminder; a legacy of a life well lived. Moreover, a reminder of who we all should be – Bill’s Way.

The sky is bluer now, the wind whispers of his gentleness and the New Orleans Jazz is even more sweeter with his passing. In Bills, words, "do not be sad as every day here on earth is a blessing from God and when my time comes, I am at Peace and ready." Bill's last wishes were that everyone would have a party and celebrate with dancing the night away to his favorite Beach and New Orleans Jazz tunes. Thank you, Bill! We will forever hold you in our hearts!

A Celebration of Bill’s life is still to be planned and will include a zoom meeting for all to participate. In lieu of flowers, you may drop or mail an index card with messages for the family and close friends to Wilkinson Funeral Home 100 Branchview Drive NE Concord, NC. They will be presented to the family and friends at his celebration of life attached to balloons to show your presence and support.

In loving memory of a true legacy to Concord
Read Less

To send flowers to the family or plant a tree in memory of Bill Harris, please visit our Heartfelt Sympathies Store.

Receive notifications about information and event scheduling for Bill Harris

We encourage you to share your most beloved memories of Bill Harris here, so that the family and other loved ones can always see it. You can upload cherished photographs, or share your favorite stories, and can even comment on those shared by others.

Posted Oct 23, 2020 at 01:21pm
I have known Bill ever since he came to Concord. He was number one in his profession. THE BEST OF THE BEST. He was also one of the greatest Tar Heel graduates and fans ever. He was a great asset to our community and will be truly missed. Dr. Carl Furr
Comment Share
Share via:
BS

Posted Oct 09, 2020 at 04:56pm
Bill was a dear friend and classmate, he had wanted us to have reunion this Fall. He will be missed by so many Concord folks and those of us who knew him from Robbins day. Rest in Peace. The sky is blue today!
Comment Share
Share via:
SI

I would love to connect with you. Can you send me an email at summerisenhour@yahoo.com
TC

Posted Oct 06, 2020 at 08:34pm
This obituary did this wonderful caring man justice. My eyes leaked a little as I remembered him so vividly by the words written here. Definitely a life well lived by a man well loved. Rest In Peace Bill Harris, you "done" good. You will be so missed, we were always glad to run into you and share some words, we will miss that. With our sympathy to all who loved this man as we did. Dabber & Margaret
Comment Share
Share via:
SI 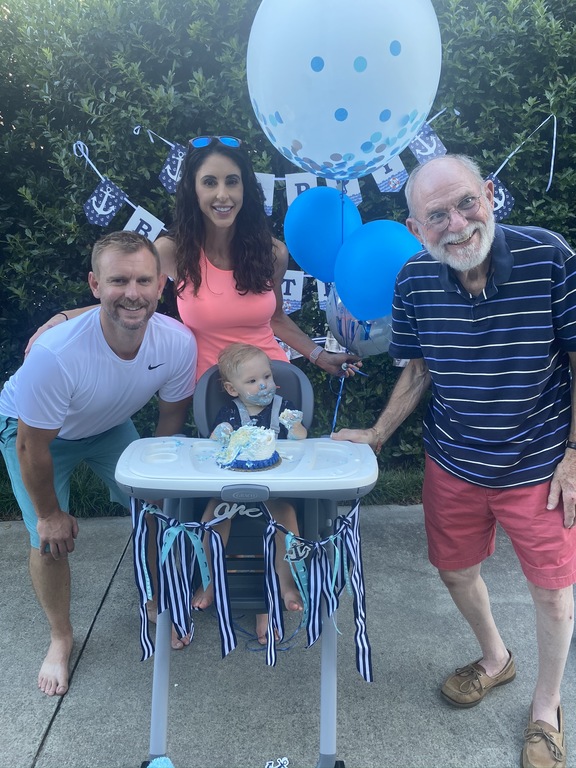 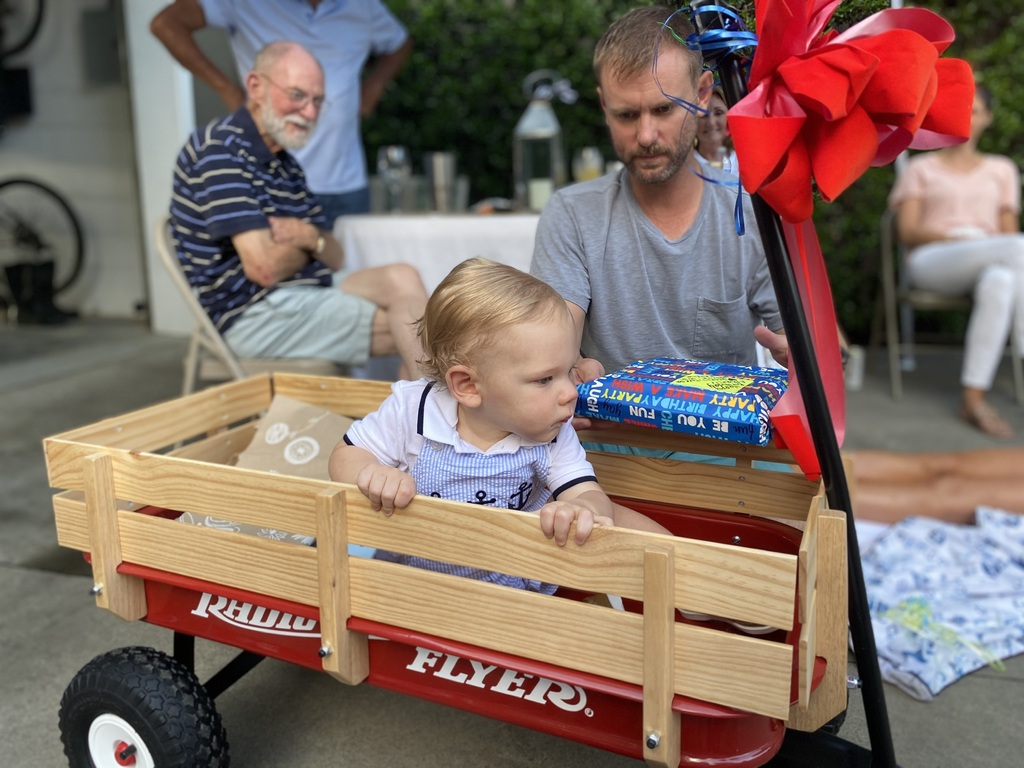 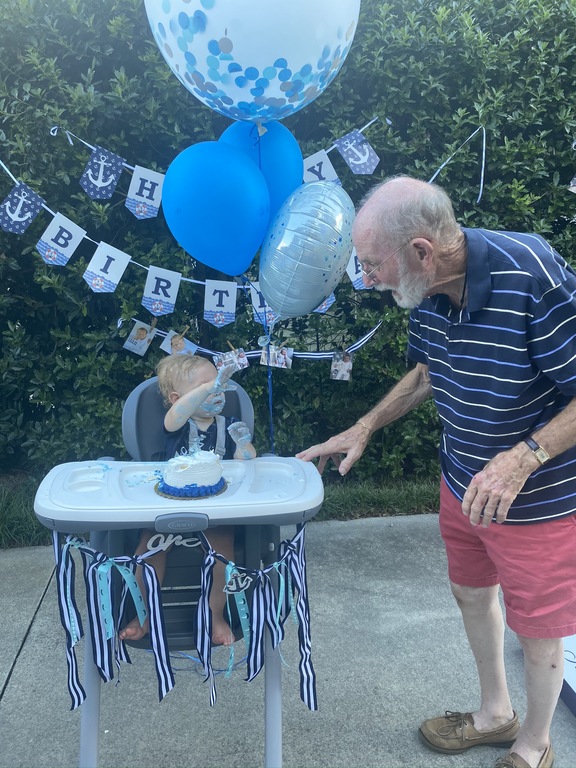 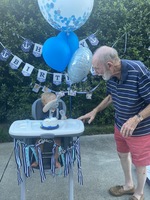 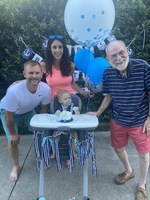 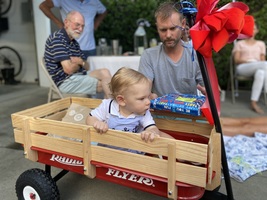