To share your memory on the wall of Mary Kathryn Ewart, sign in using one of the following options:

Print
Mary Kathryn Ewart of Concord died Sunday, Feb. 16, 2020, at her home after a brief illness.

The family will receive friends Friday, March 6 from 6:00 to 8:00 pm, at Wilkinson Funeral Home. A memorial service is set for 11 a.m. Saturday,... Read More
Mary Kathryn Ewart of Concord died Sunday, Feb. 16, 2020, at her home after a brief illness.

The family will receive friends Friday, March 6 from 6:00 to 8:00 pm, at Wilkinson Funeral Home. A memorial service is set for 11 a.m. Saturday, March 7, at First Presbyterian Church of Concord, of which she was a member.

Born August 16, 1970, Mary Kathryn was a lifelong resident of Concord. She possessed deep roots in both Cabarrus and Mecklenburg Counties, tracing her family history to some of the area’s earliest residents. She was the daughter of the late Daniel Kirk Ewart and Rebekah L. Ewart. In addition to her parents, she was preceded in death by a brother, William Gaines Ewart III, also her grandparents the late Hoyle Judge and Lora Winecoff Little of Concord and Daniel Thomas and Ruth Washam Ewart of Cornelius.

She is survived by her brother, Jonathan M. Ewart.

She graduated Concord High School in 1988 and went on to obtain an Associate of Liberal Arts degree from Central Piedmont Community College, a Bachelor of Science in Communications from Appalachian State University, and a Master of Science in Instructional and Performance Technology from Boise State University.

Mary Kathryn was passionate about politics, specifically the electoral process, as a result of her grandfather serving as a precinct official. She served 20 years with the Cabarrus County Board of Elections as a precinct assistant, judge, and chief judge. At the time of her death she was serving as a board member.

She was a deacon at First Presbyterian Church where she helped develop the community meeting space and prayer room, The Commons. She followed her mother's example by serving many years with the Junior Charity League of Concord, both as both a member and a board member. She was a tireless community servant who was also a past president and board member of the Old Courthouse Theatre.

Her chosen field was insurance, though she took a unique path to that career. She worked on a project team to build an insurance division within one of the nation's largest banks. Once the team was developed, she was recruited to training and development, where she obtained her insurance licenses in 1999 and found a passion for education. In 2008 she joined the insurance field producer ranks.

Starting in 2009, she quickly grew her client base and was rewarded by being named Top Rookie Producer in New Accounts after her first quarter in the field. Her focus changed in 2010 when Mary Kathryn received her first cancer claim request. She saw first-hand how a catastrophic diagnosis places a financial burden on a family and shifted her efforts to educating clients. In 2013 and 2014, she was honored as a finalist in the National Association of Women Business Entrepreneurs Rising Star Awards. She was a member of Charlotte Business Sorority and a member of Business and Professional Women of Concord.

Mary Kathryn will be remembered for her rich and infectious belly laugh, her quickness with a smile and a welcoming word, her passionate involvement in her community, and for the many deep and lasting friendships she developed during her lifetime.

To send flowers to the family or plant a tree in memory of Mary Kathryn Ewart, please visit our Heartfelt Sympathies Store.

Receive notifications about information and event scheduling for Mary Kathryn

We encourage you to share your most beloved memories of Mary Kathryn here, so that the family and other loved ones can always see it. You can upload cherished photographs, or share your favorite stories, and can even comment on those shared by others.

The Women of NAWBO Charlotte, Todd, Jennifer, George, Charlie & Henry Ewart, and other have sent flowers to the family of Mary Kathryn Ewart.
Show you care by sending flowers

Posted Mar 08, 2020 at 12:34pm
My heart breaks for you Jonathan. I am holding you in my heart. I hope this tree planted serves as a reminder of her beautiful life. With love.

Posted Mar 05, 2020 at 07:24am
We are heartbroken. Mary Katherine was a person who wanted to share her love to everyone. She will be so missed. Sending much love and prayers to you Jonathan and the family. ♥️
Comment Share
Share via:
TC

The Women of NAWBO Charlotte

Posted Mar 04, 2020 at 08:18pm
MK was a blessing to us all, and we will truly miss her warm smile, infectious laugh, and love for life. She will not be forgotten! With Deep Sympathy

The Women of NAWBO Charlotte purchased the Dreams from the Heart Bouquet for the family of Mary Kathryn Ewart. Send Flowers 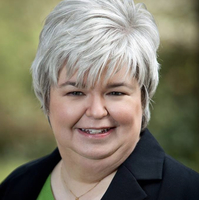